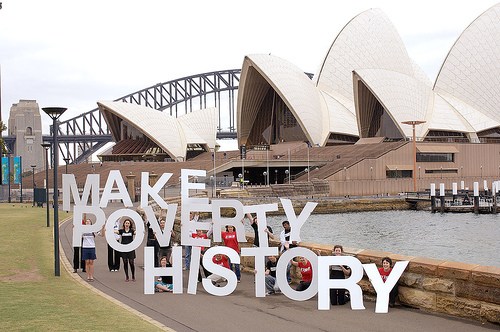 It is very important that a Republican Commission be established (anything royal is corrupt and rotten to the core) that will thoroughly investigate the actions and inactions of the offices of governor generals, state governors past and present for neglecting in their duty of care in ensuring that the colony of Oz is properly governed with equity and justice for all of its inhabitants across the socio-economic spectrum.

The Republican Commission is to have governor generals and governors sacked and replaced by an Australian President who must be popularly elected to administer the colony’s affairs on a level playing field.

Despite governor generals and governors high wages, and the costs for their upkeep, they have not halted economic persecution and fiscal assaults on aged pensioners, low paid workers, Newstart recipients, single mothers etc. These inequities began when governor generals and state governors empowered Bob Hawke to reduce the taxes for the multi-millionaires by 50%. Paul Keating increased the household incomes of the top 20% of households by 9.8 times that of the bottom 20% of households.

All of this could have been achieved 8 years ago. $75 should be backdated over 8 years which equates to $31,200 that should be given individually to 9 million Australians as an overdue back-payment which will help towards cancelling debts owed to loan sharks and pay day lenders who are operating legally under Australia’s penal colony legal code. Due to governor generals and state governors signing iniquitous legislation into law, we are faced with the scandal of the elderly and marginalised who go hungry, and many being compelled by necessity to steal to survive. Australia is rated the second worst country for retirees to live in from 35 countries.

We have the injustice of 34% of all retirees existing below the poverty line with less than 50% of the median household income. The Australian government spends only 3.5% of GDP on Age Pension payments, compared to the OECD average of 7.9% of GDP. Isn’t that uncivilised and inhumane! 1.1 million Australian children are existing in poverty, which ranks Australia among the highest by OECD standards, higher than U.S.A., U.K., E.U.

Reports tell us that 1.7 million Australians, four times that of the Aboriginal population, will not reach the age of 60 due to the ills stemming from poverty, and that is genocide by neglect. Does this mean that Oz politicians and all those who voted for them are merchants of genocide? Food coupons will end the genocide. These woeful misdeeds would not have eventuated had this money been more fairly distributed, and if past and present governor generals and state governors had fulfilled their proper role to ensure that larceny and grand theft by politicians did not happen.

All charities work for the rich. The more money donated to charity, the less tax the very rich have to pay. Some organisations view poverty as a lucrative business venture to tug at the heart strings of unsuspecting donors who think that they are playing a part in easing the suffering of the economically deprived only to discover that they are unwittingly serving the cause(s) of poverty.

For charities to exist, poverty is the way of the future, therefore more poverty creates more opportunities to keep Op Shops and collection tins in circulation. The Uniting Church has made reducing (not eradicating) poverty No 10 on its list of priorities! Doesn’t that sound anti-Christ like. I say eradicating poverty should be No 1 on the priority list of all denominations. When injustice becomes law, resistance becomes a Christian duty.

What have the monarchs ever done for Australians that we must have governor generals and state governors representing them.

Republicans are the highest of the highest, monarchs and royals are the lowest of the low. Australia is a land for English and other working class families who have something to contribute to Australia. Monarchs and Royals have nothing to offer to Australia except betrayal and must be dispensed with immediately.

All politicians are pursuing a policy of self-aggrandizement to the detriment of the betterment of Australia and the welfare of its people.