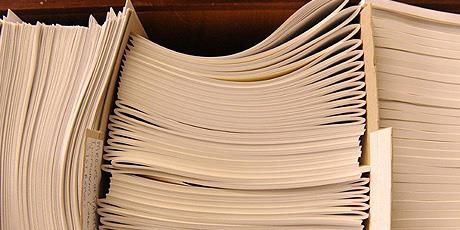 Reports tell us that 1.7 million Australians, four times that of the Aboriginal population, will not reach the age of 60 due to ills stemming from poverty and that is genocide by neglect. Does this mean that all our politicians and all who voted for them are merchants of genocide? Food coupons will end the genocide.

If you would like to know how the very rich are getting richer and poverty is on the increase, then take a look at these figures;

Kevin Rudd, with the full support of the Trade Union Movement and all the clergy of all denominations with the exception of the Jesuit Social Service Richmond Melbourne, reduced the taxes of the top 20% by $31 billion over a 3 year period.

As a matter of urgency, it is necessary to demand $75 a week be backdated over 8 years which equates to $31,200 that should be given individually to 9 million Australians as overdue back payments which will help towards cancelling debts owed to pay day lenders or loan sharks who are operating legally under the umbrella of Australia’s Penal Colony legal code.

Pay day lenders can be put out of business permanently if pensioners, low paid workers, Newstart recipients etc., were paid a sum of money that enabled them to pay for everyday necessities. Denying aged pensioners these basics is a crime against humanity because this is torture of the defenceless.

It is infuriating that the Maritime Union controlled Fair Go For Pensioners and combined pensioners are not striving for free public transport for the elderly and $100 a week increase for all pensioners and social security recipients.

I would like to question why aren’t these two organisations pursuing improved living conditions for pensioners and the disadvantaged whose voices are not being heard. Of course, it is important to mention that according to the ANU Canberra, trade unions and political parties are the most corrupt institutions, therefore we cannot expect anything of honest humanitarian, and justice motivated objectives to emerge.

On this issue it is important to mention that Keating Labour and Kelty Union wages accord left workers $50 a week worse off in their pay packets. That action can be described as bashing and robbery of the workers. If the unions bash and rob workers, wouldn’t unions perpetrate such sadistic actions against the elderly and marginalised?

It is pleasing to note that Catholic bishops are calling on political leaders to deliver humanity and justice to the elderly. The next step towards this goal is that the clergy instruct their faithful to deliver a copy of this Private Members Bill to their local politician(s) and demand that they introduce it to the parliament(s) to have it tabled, discussed, and voted on.

The Catholic clergy must demand all Catholic politicians have this Private Members Bill introduced to the parliament(s) and have the issues discussed and voted on. If the Catholic politicians do not follow this line of action for humanity and justice they must be denounced from the pulpits and excommunicated. It is to be hoped that all other denominations will recommend similar actions to their followers.

It is important to mention that a copy of this Private Members Bill will cost $1 to cover the cost of photocopying and printing. These copies must be distributed amongst your neighbours.

It would be a Godly move if the Clergy of all denominations would hold a $1 collection in their churches to finance publication of this document in the media.

Let all people know that this is the revolution we have to have. This is a revolution for freedom, humanity and justice, to become a reality in the Oz Penal Colony! I call on all people of goodwill, to join the struggle. Otherwise we will have to call for UN intervention to bring civilisation to the Oz colony!

You can find me at Melbourne Town Hall every Wednesday between 11.30am and 12.30pm, to discuss these issues.

The truth to tell we are all cowards if we remain silent!