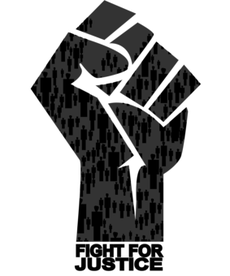 One thousand of Australia’s brain trust are to assemble in Canberra for a gabfest on what may be good or bad for the future of this colony. A thousand times that number wouldn’t equal the logic, practicality and sagacity of one Derrynoose, Co Armagh Irishman! If a country and its system is to be judged on how its elderly and marginalised are treated then the Colony of Oz is still lingering in the 18th Century! Her Majesty’s colony of Oz has the world’s most barbaric, inhumane and moronic rulers and officials.

Masonic House of Windsor rule, Australian values and proud rule of law in the Oz colony has pensioners the most impoverished in the Western World, with a Special Court in Broadmeadows 3047 to prosecute pensioners who have to steal to feed their children and grandchildren. Child poverty the 2nd highest in the OECD, five times higher than in the Republic of America, and 30% higher than in the UK. 20% of population below poverty line. War Widows dependent on the proceeds of begging, shame on you RSL. 1.7 million Australians won’t reach the age of 60 because of the ills stemming from poverty. Tens of thousands of people without shelter. Banks robbing the people. Corruption here, corruption there, corruption nearly everywhere.

The barbaric system empowers Gestapo/Commissar type Union Officials and their comrades in crime the labour politicians to bash and rob 59 year old workers of their basic human rights and liberties to work to provide for their families. The cowardly Union/Labor thugs have tortured the sick mothers of workers children and stolen the money out of children’s piggy banks. Joan Kirner and Steve Bracks can tell you all about Union/Labor thuggery and robbery. A basic wage that is $150.00 a week below the poverty line! The ACTU (Australian Council of Thugs Unlimited) has no policy to increase the basic wage to above the poverty line, and have not nominated an above the poverty line minimum wage, Union Officials are paid a fortune while low paid workers live in poverty!

A dictatorial electoral system where people are compelled by Law to go to the polling booths and give a mandate to lawyers and Union Officials to rob, rort and loot and enrich the rich by stealing from the poor. Australian politicians are such a low breed that those who vote for them should receive the harshest of penalties. Voting for thieves and liars is not democracy! Voting for thieves and liars to rob you and rob me is a crime, crime, crime.

Loyalty to the Colonial flag of Australia that incorporates the flag of another country. The Union Jack is the flag of Britain, whose King George and Prime Minister betrayed Australia and His Majesty’s subjects in Australia by proclaiming during the 2nd World War that Australia was dispensable, in other words “surrender Australia to the Japanese”.

Only morons and traitors would salute and eulogise a flag that incorporates the flag of a country whose King and Government executed such an act of betrayal. Parents who allow their children to be taught to salute and flaunt a flag that includes the flag of a Masonic sectarian Monarchical regime whose King and Government betrayed Australia should be decolonialised!!

Allegiance to a Queen who heads Britain’s most dysfunctional family (see War of the Windsors – a Century of Unconstitutional Monarchy, Publisher, Hardie Grant Books, 85 High St, Prahran, Melbourne 3181.) who betrayed her Oz subjects when she made Law the Act of the British parliament that relegated her obsequious Oz subjects to inferior and foreigner status in Britain. How is that for Kith and Kin and Queen and country?

Eradicating poverty in Australia should be “the most important issue that most challenges our human and Christian consciences”.

“Knowledge Nation” the brain child of Barry Jones who is one of Labor’s prominent trivia experts, must be a complete fiasco, when Australia’s academia, rulers, Church hierarchies, Freemasons etc cannot conceive in their benighted minds that the scourge of poverty in Australia can be made history, by simply increasing pensions and other social security payments to 35% and 40% of the average wage. Increasing pensions by one hundred dollars a week would cost the sum of 10 billion dollars! Kevin Rudd’s 31 billion tax cuts would fund that increase with 21 billion dollars left over, to fund other social security increases, and provide more for low paid workers who are being betrayed by the Union/Labor robbers and looters. If additional funds are necessary you simply take one or two hundred dollars a week from the top 20% of households and give it to the bottom 20% households, giving back to the poor a little of what Paul Keating and Peter Costello have stolen from them. The small percentage who cannot look after their finances can have half their payments in food coupons and rent coupons where necessary!

In the Republic of Ireland pensioners receive 45% of the average wage plus free electricity, gas, transport and petrol allowance, Belgium 60%, Luxembourg 83%, Italy 83%, Portugal 83%, Greece 80%, Germany 65%, France 50%, Spain 50%. According to the Melbourne Age, June 17 2005. The wealthiest 5% of households in Australia account for almost two thirds of the country’s wealth. The poorer half of the population own less than 10% of total household wealth and the least wealthy 20% own none of  it.

For poverty to be eradicated we must begin crusading for justice. If the politicians don’t come to us then we must go to them. Demonstrations by thousands of pensioners, and those who are marginalised, outside Julia Gillard’s office in Werribee and if necessary at her home in Altona, to demonstrate our angst at the pitiful state of social welfare, will achieve the desired results. So all holders of the “Office of Poverty Under the Crown” get off your haunches and make yourself heard, because justice must be fought for! Justice doesn’t come from nowhere and tap you on the shoulder and say “Good Day Mate I have arrived”. It doesn’t happen that way! So let’s throw off the torpor and begin the fight for humanity and justice. The childish practice of running around with collection tins and putting a few dollars in collection tins won’t get rid of poverty! The only way to eradicate poverty is to narrow the gap between rich and poor!

The alcohol problem can be easily solved by simply reducing the alcohol content in beer and spirits by two thirds.

Discovered on Website www.onefairtax.org.au that the Debit Tax system is fair and feasible. Paying only 1% tax is the equivalent of a $190.00 a week pay rise for those on the average wage. Good on you Taxation Reform people, it is Aussies like you who should be in Government, and administrating the affairs of the Colony in trust for the people!!

A Republic with a people’s elected President who would be the nation’s Auditor General would be a vast improvement! but only if our present lowly dregs of society, ie lawyers, school teacher politicians and Union Officials are removed from our parliaments and all positions of power! Genuine upright and honest Australian’s who care about the interests and welfare of the wider population could undertake those positions. Those caring and reliable Australians can be found in organisations such as: Law Watch, Bank Watch, Whistleblowers, Taxation Reform Group etc.