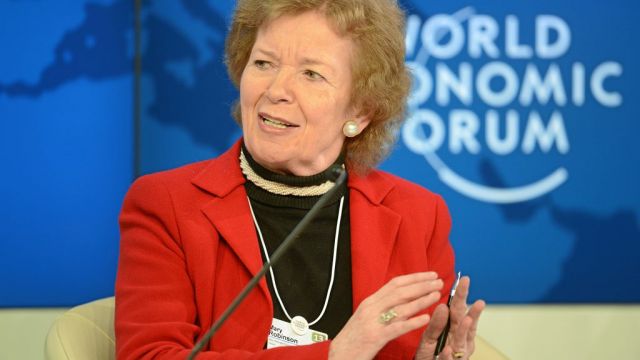 Mary I hear you are going to have a peep-a-boo at some of the goings on in her majesty’s far flung kerosene Penal Colony of Australia. About frigging time Mary that someone with some Irish brains cast an eye on her majesty’s barbaric Down Under Banana Monarchy. It may surprise you to learn Mary that there is definitely no abuse of Human Rights in Australia, the simple reason being that there are no Human Rights in Australia to abuse! Australia is God’s own country for the criminal and inhumane such as union officials, politicians and the lawyer Mafia that comprise the ruling class and Hell upon earth for the common people, vaunts itself as a bastion of Human Rights to the International Community in the hope that the rest of the world possesses the same low standard of education and intuition and is therefore stupid and ignorant enough to believe that Australia is a democratic and civilized society led by humane and decent people.

If any country in the world is in urgent need of International/UN supervision then that country is Australia. I enclose newspaper clippings and circulars as a testament to the atrocious state of Australia’s socio-economic and moral dilapidation. The non existence of Human Rights are symptoms of evil governance by vermin, and a system of inhumanity and injustice based on the Westminster and Buck Palace tyrannical credo. Australia is still guided by a penal-colony lawyer Mafia framed constitution that defies fundamental tenets of any other civilized democracy. Australia is the only country in the world where vermin union officials with the acquiescence of robbing politicians and the lawyer Mafia can rob a family breadwinner of his basic Human Right to work to feed his family. The cowardly vermin Union thugs and bullies have bashed the elderly and tortured the sick mothers of workers children. In any other country but barbaric Australia those type of union officials, politicians and lawyer Mafia would not be shot at dawn, as they would not wait for dawn to shoot them, they would shoot them on sight as you are not dealing with humans here, you are dealing with the world’s lowest form of vermin. I am not Mary an advocate of abortion but had the mothers of Australia’s union officials most politicians and lawyer Mafia been aborted it would have been a Godly act and a blessing for Australia. Didn’t Christ himself say! Better for that man if he had not been born?

In modern day 20th century Australia 80% of the population are robbed of their fundamental right to adopt a Republican system of Government with a peoples elected President. Australia is a world first to establish a special court to prosecute aged pensioners who are forced to steal to feed themselves, their children and grandchildren! Half a million families are on the verge of eviction, 40 thousand families are homeless, 30 per cent of the population are living on and below the poverty line! Last year a UN report stated that 25% of the Australian population are functionally illiterate and 1.7 million Australians will not reach the age of 60 because of the ills stemming from poverty. Politicians of all persuasions are stealing $2000 annually from aged pensioners, sole parents, unemployed, low paid workers etc. An old age pensioner living in her own home with no mortgage is existing $40 a week below the poverty line with a means test to keep the poor impoverished. Australian pensioners are the most neglected in the western world, and as you yourself know the Australian Irish Welfare Bureau is dependent on funding from the Irish government to help those Irish in Australia who paid their taxes and contributed to Australia’s economic advancement. Poverty is the prime factor in Australia having the world’s highest rate of suicides. The Labor/Union governments of Hawke and Keating increased the household incomes of the top 20% to 9.8 times that of the bottom 20%. The Howard Lawyer Liberals are exacerbating and not reversing that trend.

The worst of evils afflicting Australia is not mandatory sentencing, the biggest evil is the scourge of poverty that is the cause of crime and destruction of the social fabric. Until Australia’s lawyer Mafia robbing, rorting system of injustice is replaced by a system of humanity and justice, mandatory sentencing with a bit of fine-tuning is just and fitting.

It is an obscenity Mary to see the Church hierarchy in Australia promoting the culture of op shops, collection tins and begging the crumbs from the tables of the rich to throw at the poor. They perceive pro-active solutions to eradicating the scourge of poverty as too fanatical and therefore do not want to rock the boat.   Christ their King didn’t mind rocking the boat when he ordered lawyers and their ilk out of the house of prayer. It is about time that the Australian Church hierarchy took up Christ’s cross and ordered Australia’s cowardly union officials, rorting politicians, and lawyer Mafia from what is termed the Houses of God by enunciating the words of Christ: “Depart from me you cursed!”

As one Irish person to another Mary I urgently request that you persuade the International body to bring Australia under UN jurisdiction and supervision until such time as the UN has established a system of humanity and justice. I further request that you place on trial the perpetrators of crimes against humanity ie union officials, politicians and lawyers as Australian newspaper articles will attest to their crimes, misdeeds and denial of human rights.

Please photocopy and distribute this leaflet.