God made the world 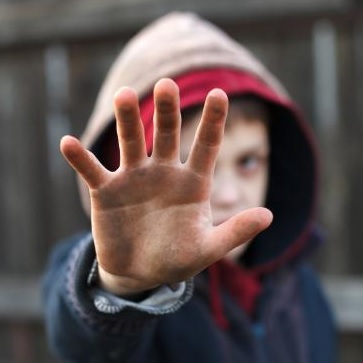 God made the world “but the evil doers are destroying it because there are very few people of goodwill to stop them”, and their nefarious deeds. People who stand by idly and allow evil to prosper are lacking in goodness. WBA take note!  The trade union thugs have tortured the sick mothers of worker’s children and stolen the money from their piggy banks.  I am a victim “He who passively accepts evil is as guilty as he who perpetrates evil”.

The truth to tell “we are all cowardly criminals if we remain silent.” What is this justice system that Andrew Bolte keeps ranting about when referring to George Brandis appointing Mick Gootha to the Royal Commission. Anything to do with royal is rotten to the core. How about a Republican Commission that can put the cleaner through these farcical public relations exercises that only benefit a rotten, corrupt legal and political system but leaves victims disadvantaged. A Republican Commission is far more ept to deal with such enormity that has devastated humanity.

There is no freedom in Australia because if Australia had a justice system all the politicians would be in gaol for genocide and robbery of the elderly and vulnerable sections of the population too cowardly and inferior to retaliate against inhuman crimes!

No Australian should be allowed to hold any position(s) in the United Nations UN, apart from one Australian. No other Australian has the mental capacity to differentiate between right and wrong, straight or crooked, and therefore no Australian, apart from one, has made any effort to get a measure of freedom, humanity, equity, and justice for those Australians living in poverty! many of whom do not deserve to be existing that life of misery. Such examples include “The scandal of the elderly who go hungry! and hundreds die in hospitals from hunger and thirst!”

The Governor of Victoria has not replied to my letter requesting justice for the elderly, who, like others in the bottom 20% socio-economic bracket, hold the title of poverty under the crown. The inaction(s) on the part of the Governor indicates her approval of the politician’s misdeeds of robbing the elderly and marginalised. Perhaps these sadistic deeds are standard practice in service to Queen and colony, which are rewarded with Queen’s birthday honours.

Politician’s wages should be reduced to the basic wage, if they expect low paid workers to exist on the basic wage. The politician’s pensions should be reduced to the basic aged pension and no free public transport. If they expect such barbarian conditions for the bottom 30% they should lead by example. Australian inhabitants have a sadistic way of loving their internal neighbours by going sheepishly to the polling booths every Election Day and giving nefarious self-serving politicians a mandate and womandate to rob and rort their impoverished neighbours and thereby aiding and abetting criminality on a mega scale that demands urgent U.N. investigation.

A United Nations survey into human development indicators HDI, published in a Melbourne daily newspaper September 20, 1998, showed that 1.7 million Australians (4 times the Aboriginal population) will not reach the age of 60 due to the ills stemming from poverty, and that is genocide by neglect. Other findings showed that 25% of the population are functionally illiterate, and over 40% experience numeracy and literacy problems. A very similar article was written in The Australian, SAugust 1997, Fairwell Fair Go Country.

Since 1998 conditions have deteriorated miserably. The imposition of the g.s.t. and halving the capital gains tax has made an exponential contribution to a lack of affordable housing and increased homelessness due to foreclosures. Kevin Rudd exacerbated the poverty level by reducing the taxes for the top 20% income bracket by $31 billion over three years. If that $31 billion had been spent on the lower income categories, it would have meant an extra $75 per week for 9 million Australians.

As a matter of immediacy for a newly elected federal cabinet is to disburse a sum of $31,200 which is $75 per week backdated over the past 8 years to 9 million Australian titleholders of poverty under the crown, this is money that is owed to them, they are victims of economic persecution and economic deprivation, a crime against humanity. $31,200 will alleviate their suffering and may even cancel debts owing to pay day lenders, which are doing a thriving business in impoverished Labor-held precincts like Dandenong 3175. These are symptoms of bad social planning. Pay day lenders can be put out of business permanently if pensioner’s received a proper pension that recognises their dignity and not compel them to exist in penury, just because they have reached the end of their working lives. Low paid workers should be granted an income supplement plus $75 per week, which is a little sum to ease the fiscal burden.

Since 2014 the incomes of the top 20% have increased by 12 times to that of the bottom 20% as documented in the daily papers. Surely it is possible to take back a little from the top 20% to balance the equation!

To date, no politician or government official, and any paid advisors to cabinet, has shown any inclination to listen to the sufferers of economic deprivation and adopt solutions offered by onefairtax.org.au and others.

So it seems imperative for us to collectively petition for United Nations and all overseas embassies in Australia to initiate international supervision of Australia’s day to day governance in order to bring about justice in this barbaric penal colony!

It would appear that the church hierarchies are in league with the thieving politicians because church leaders are not making any efforts to get free public transport for Aged Pensioners, or an extra $75-$100 for Aged Pensioners, low paid workers, or social security recipients of other sorts.

It would appear that Fair Go for Pensioners, are controlled by the Maritime Union. The same applies that Combined Pensioners and Superannuants Association are taking action to get free public transport for Aged Pensioners and an increase of $75-100 for other recipients of social security and lowly paid workers.

The OECD average for spending on the Aged is 7.8%. France and other mainland European countries spend 14% of their GDP on the Aged. Here, in Her MADesty’s Penal Colony, its 3%. A disgraceful indicator for those anti-Christs who blaspheme by saying God’s chosen country! Must be Newspeak! which actually means Satan’s chosen sanctuary for the wicked.

For those loyal to the Monarch and its treacherous Queen, such as Monarchists, Britishers, and the deluded let’s get some facts straight. The Queen’s father, King George 5, acquiesced with Winston Churchill. When Churchill showed his disgust for Australians when he said “Australia is Dispensable,” Australians are an inferior species of people with poor nerves, led by a Prime Minister who is a wretched second rate man, and furthermore refused protection for Australian soldiers returning from North Africa to defend Australia, at a time when military attacks on Australia were impeaching English working families who have contributions to Australia are welcome especially those fleeing feudalism.

Lucky for Uncle Sam’s republicans who answered Australia’s call in their time of need that today we are able to tolerate lesser species such as Queen and country Monarchists, who are disloyal to Australia at all costs. If it was left to Churchill it would have been surrendered to the Japanese to dispose of any way the Emperor saw fit, (King George and Churchill wanted to give Australia and Australians to the Japanese), hopefully he would have loaded all treacherous Monarchists onto leaky boats and dispatched them across the Pacific and Atlantic Oceans back to the U.K. where they belong in the evil, barbaric, kingdom and regime of choice.

The Monarchists continued to show their hate and disgust of Australia when they, with the acquiescence of disloyal traitors like Menzies, encouraged this genocidal terrorist kingdom to explode 159 nuclear bombs on the Australian mainland, Monte Bello Islands in the Indian Ocean, Christmas Atoll in the South Pacific, Maralinga ISBN 9780733631900 booktopia.com.au. by Frank Walker details the enormity of this environmental apocalypse. Perhaps Prince Charles and his Green Berets who champion the London School of Economics hybrid of predatory capitalism, which means a mixture of the casino economy, British free trade, free market, all originating in the 1700’s, 1800’s during the East India Company and the opium trade era, combines with Charles’ protégés like Arnold Palmer and David Attenborough, who promote Environmental Alarmism, are able to visit the lands of Maralinga and Nuclear Test Sites to offer solutions, if any? to their Nefarious Deeds of Enormity, Evil Empire by Steven A Grasse ISBN9781594741739 www.britishreparations.org.  Dope Inc. Britain’s Opium War Against the World ISBN9781615772841.

These book references will assist in your understanding that Monarchism is a fossil of an absolutist era and a grave threat to human existence.

The Queen showed her disdain for Australians when she signed into Law the Act of British Parliament, relegating Australians to Foreigner status in Britain. She did not do that to the IRA, men who scorn and spit at everything she stands, sits and lies down for! She rightfully considers Irish Republicans to be far superior to the low calibre Australian Monarchists that have no loyalty to Australia’s independence and cares not for its titleholders of poverty under the ailing crown.

Monarchy is a terrorist expansionist regime. It must not be aided and abetted by Australian taxes. Unfortunately America has been infiltrated by Rhodes Scholarships i.e. Bill Clinton who are favourable to the lunatic intentions of the Fabien society and its one world government initiative. But we cannot deplete our resources helping Britain or France to go back to their glory days of the 1800’s to the peril of Australian inhabitants and their welfare. It is not worth risking over 20 million lives here in Australia for the sake of Britain NATO or the European Union. Our neighbouring countries have nuclear weapons and will utilize them if these terrorizing regimes like Britain try to use bases in Australia as a launching pad for their wars. Britain will never learn from all their ill-fated escapades.