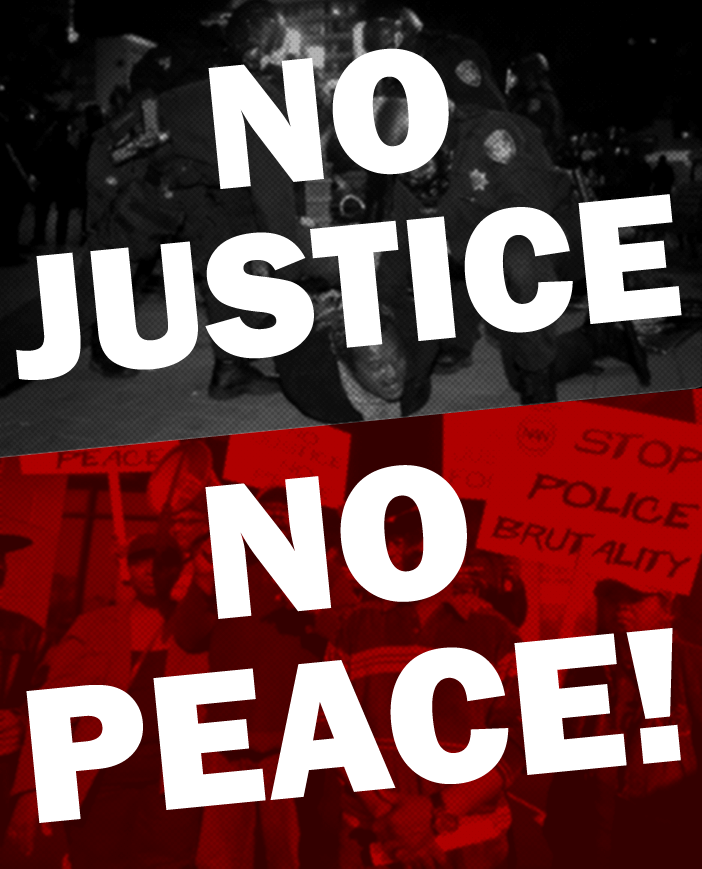 Madam Queen, how are you going woman? I wish to inform you that your Christmas message, where you stated that ‘Everyone has a responsibility to care for the vulnerable and those excluded from society”, tickled me orange, white and green. Your message indicated that my previous letters to you regarding the scourge of poverty have stirred your conscience!

As I have told you previously, Madam, that it is you who has the overriding powers to tackle the scourge of poverty in your Colony of Australia! In your role as Head of State and holder of the highest political office in your Oz Colony, and with supreme powers vested in you by Article 59 of the Australian Constitution, you and only you have the power to annul all laws enacted by your Colonial Subordinates that further impoverishes the vulnerable and excludes them from society.  In previous letters to you I requested that you annul the iniquitous G.S.T., I.R. and other laws that empower our politicians to continue to robbing the poor to benefit the rich. By not acting on my request and exercising the powers vested in you, you have blatantly betrayed the vulnerable in Australia, and those of our society who are marginalised.

I have already conveyed to you, Madam, that your Colony of Oz is the world’s sixth most unequal place in terms of wealth distribution. No politician, bureaucrat, academic, church hierarchy, etc, can refute the claim that Australia has the second highest level of child poverty in the OECD, five times higher than in the Republic of America and 30% higher than over there in your Queendom. 20% of Australia’s population are existing below the poverty line, our pensioners the most impoverished in the Western World. 1.7 million Australians won’t reach the ago of 60 because of the ills stemming from poverty. There is a special court in Broadmeadows Victoria 3047 that persecutes aged pensioners who have to steal to feed themselves, children and grandchildren. Surely, Madam, you must realise that such a situation in a wealthy place like Australia is a total disgrace and shames Australia in the eyes of the world. It also casts greater shame on you, Madam, because you possess the wherewithal to remedy this abhorrent state of affairs.

Seeing, Madam, that you have ignored my requests in the past by not acting, I now request that you forward me the sum of one million dollars to place advertisements in your Colony’s newspapers.  These advertisements will stir and motivate the poor and the marginalised into forming a coalition that would begin taking direct action in the vein of Civil Rights Movement and campaigns of Civil Disobedience. These advertisements will encourage the poor to rise up, to march and fight for freedom and justice, and bring an end to your system of robbery, rorting and looting for the benefit of the rich. One million Australian Dollars is only four hundred and fifty thousand pounds sterling, and that amount, Madam, should be only peanuts to you, as you are listed amongst the world’s wealthiest persons. So, Madam, if you want to worm your way through the eye of the needle, and avoid those blokes with the three pronged forks, I advise you to make use of your powers, and give of your abundance to help your vulnerable and impoverished colonial subjects. If you need any further advice and clarification on these matters you can give me a tingle on Melbourne +61 3 9583 8914. If I am not at home leave a message on the answering machine.

It hasn’t taken long, Madam, for your new Prime Minister, and multi-millionaire, Kevin Rudd to work towards making the rich more richer and the poor more poorer. Kevin has promised to cut taxes for the rich by 31 billion dollars. That 31 billion, Madam, would easily eradicate the scourge of poverty, and vastly improve our health and education deficiencies. If you let Kevin get away with that injustice Madam then you can never again claim that you have concerns and sympathies for your colonial vulnerable and marginalized subjects. Kevin is also big-noting himself when he says he will say “sorry to the stolen generation”.  Only you, Madam, can say “sorry” on behalf of the people. It is you, not the Prime Minister who holds the highest office in the land. The office of Prime Minister doesn’t even rate a mention in the Colony’s Constitution. So, Madam, it is time to pull the finger out and get cracking.

I hope you didn’t spew all over your corgies, Madam, when one of your Colonial Subordinates, ex-premier of NSW Bob Carr, petitioned you to remain “The Honourable”. Like all Union / Labor stalwarts who comprise the dregs of the middle and upper classes, Bob must think that he is Lord Dung from Dunghill. Fancy petitioning you on a matter so trivial as that, when there are so many other major problems confronting Australia. Of course, Madam, the Union/Labor dregs have always had a tendency towards pursuing a policy of self aggrandizement to the detriment of Australia and the welfare of its people.

Politician lawyer Malcolm Turnbull, who broke the country’s heart by offering us a politician’s and lawyer’s republican model that no genuine Republican or self-respecting person could vote for, now says that the best time to again consider Australia becoming a Republic was when you, Madam, kicked the bucket or abdicated. He says that Australians’ affection for you is an important element of the issue, and that the enormous respect, love and affection for you is a significant factor.

Now, Madam, we all know why there are so many broken marriages in Australia; all the men in Australia are in love with you. Australians love for you, Madam, is most likely due to the fact that you made law the Act of the British Parliament, which relegated your Australian subjects that love you to inferior and foreigner status in your Queendom. Australians also showed an enormous respect and love for your father, King George, who commanded his Prime Minister, Winston Churchill, to announce to the world during World War II that Australia was dispensable. In other words, surrender Australia to the Japanese! Lucky for Australia, Madam, that Uncle Sam’s Republicans answered John Curtin’s distress call!

I think, Madam, that it most un-Australian for OZ Monarchists to declare their love for you, when they have got their own Monarch to love. If Oz Monarchists’ ideals were centred in Australia they would direct their love to the Australian Queen who leads the annual Sydney Gay and Lesbian march and celebrations.

It is imperative, Madam, that we get God out of the Colony’s Constitution. It is an insult to Christ to associate Him with Australia’s robbing, rorting and looting political and legal systems.

NO JUSTICE FOR POOR

Australia’s lawyer Mafia system of injustice is rotten to the core and must be destroyed and a system of justice established.  The legal system’s mistreatment of the poor motivated Sir William Deane before he retired as Governor General to advise the poor not to use the Courts because they would not get justice.

It has been said, Madam, that the Church hierarchies are agents of poverty, because if there is no poverty, there is no need for charity, and if there is no need for charity then the Churches cannot claim to be charitable institutions that exempt them from paying taxes. It would be most un-Christian for any institution to serve and accommodate poverty, because poverty is an abomination that offends the Holy Redeemer. Perhaps, Madam, as Head of the Church of England you could throw some light on the matter.

When dishing our honours, Madam, I feel that it is about time that you bestowed your highest honour on Australia’s bravest and best. I am referring to the Gestapo/Commissar Union Officials and their comrades in crime, the Labor Politicians, who demonstrated the true values of Australian courage and valour, when they put to death the twin evils of Freedom and Justice.

To think, Madam, that over a 30-year period your determination to prevent Freedom and Justice rearing their ugly heads in North East Ireland, caused the deaths of over three thousand Irish and English, while over here in your Colony of Oz the Union/Labor heroes succeeded in eradicating the evils of Freedom and Justice from the face of Australia without firing a single shot.

As the love of great deeds is very much alive in Australia, I suggest, Madam, that a large monument be erected outside the Melbourne Town Hall with the world’s longest citation as a fitting tribute to the heroism of OZ Union/Labor comrades. I suggest the following citation:-

This monument was erected in grateful appreciation and admiration of the heroic and courageous deeds executed by OZ Union Officials in putting to death the twin evils of Freedom and Justice that the Irish Fenian spirit had won at Eureka. Without firing a single shot the Union/Labor heroes put paid to freedom and justice when they bashed and robbed a 59-year-old worker of his basic human rights and liberties to work to provide for his family! They tortured his children’s sick mother and impoverished his family. When the recipient of Union/Labor courage and daring reached 80 years of age and crusading for justice, the heroic Union stalwarts spat in his face and threatened to kick him to death. These heroic deeds of unique dinky-di Aussie courage and daring have been acclaimed by such notables as Cardinal George Pell, Jesuit priest Peter Norden and Melbourne Anglican Archbishop Phillip Freier.       The Union/ Labor spirit of courage and daring has also relegated Australian pensioners to inferior status by paying migrant pensioner couples, who give half of their working like to the Australian economy, $110.00 a week more in pensioner payments than is paid to Australian pensioner couples who give all of their working life to the Australian economy. Much credit to the people of Australia, who profess their loyalty to the Union/Labor heroes by supporting a system of compulsory voting to ensure that all people who are entitled to vote, go to the polling booths on election day to vote and give a mandate and a womandate to our heroic Union/Labor politicians and politician lawyers, to continue to make life “Hell upon Earth” for the vulnerable and marginalised and persecute those misguided malcontents who, given half a chance, would destroy this country by establishing Australia as a land of Freedom and Justice with a policy of live and let live for all the countries inhabitants. In recognition of the heroic deeds executed by the Union/Labor comrades, Her most gracious Majesty Elizabeth Mountbatten, Queen of Australia travelled all the way from Buckingham Palace at her own expense to unveil this monument.

I think, Madam, that a citation along those lines with a bit of fine tuning would be a fair appraisal of Australian values and a warning to those who believe in the principles of Freedom and Justice not to entertain those values.

This, Madam, concludes my current message in the hope that you will act on my recommendations and requests for the sake of your colony’s vulnerable and those excluded from society. This open letter to you and any reply will be uploaded on our Website. www.outlawpoverty.org.